Looking back at historic 2019-2020 Stanley Cup Champions Tampa Bay Lightning. I want to look over the top 10 players of this year the 2020-2021 season. That can take us back to the promised land.

Some honorable mentions Barclay Goodrow Pat Maroon and Erik Cernak. Let’s get started with the top 10, shall we?

Put into perspective how stacked the Bolts are Blake Coleman was the 2nd highest scorer on the Devils last year when he was still with the team. He had 31 points in 57 games and we turned him into a depth player but nonetheless still a great player he’s a player who can get pucks deep get chances open and take advantage of open chances. He fits well with a bottom-six momentum shifter role for the bolts with 9 points in 22 games

Another former New York Ranger. Who in my opinion is our best defensive defenseman he isn’t that well on the offensive side he netted his second goal of the season against Chicago. In 23 games played he has 7 points but is one of the best players when it comes to stopping that puck every time I watch him play it seems like he knows where the puck is and where it’s going next.

Tampa Bay’s best penalty killer can get short-handed goals easier than anyone in the league it feels like. From last year’s perspective, he couldn’t finish anything now every chance he gets on a breakaway it’s in the back of the net. Also being injured and to come back like this? A phenomenal job with 15 points in 17 games.

our young bright defenseman who will take over the mantle of Hedman one day Serge is an offensive guy who plays defense when he wants to is a little sloppy in our zone but has a lot of time to improve his game. But as I said before some great offensive instincts, can get pucks to the net, keep the play going, and has a wicked slap shot. In 23 games played Serge has 16 points.

the most underrated player in the NHL. He brings so much more to offer than people realize he’s a first-line forward on any other NHL team. You want to try and out-skate him to the puck? He’ll get to the puck fast enough to get a quick shot off before you even get to your circles. You want to be more powerful than him? He’ll hit you into the boards twice the power of anyone else in the league, he’ll knock you out with a single punch.

That’s why he’s so underlooked that’s why he went undrafted because teams can’t measure work ethic. Yanni has the best in the league he will always try and end up outcompeting you. In 23 games he has 15 points.

another incredibly under looked player on our team & had a huge part in the playoffs and is off to a red hot start this year as well it seems like every game he scores first. He’s on our top power-play unit for a reason can find guys open, deliver absolute dimes to Stamkos or Hedman on the power play, has great vision, and can see breakaways from a mile away, has the superior hand-eye coordination to be able to time almost every snapshot correctly. In 23 games he has 20 points. 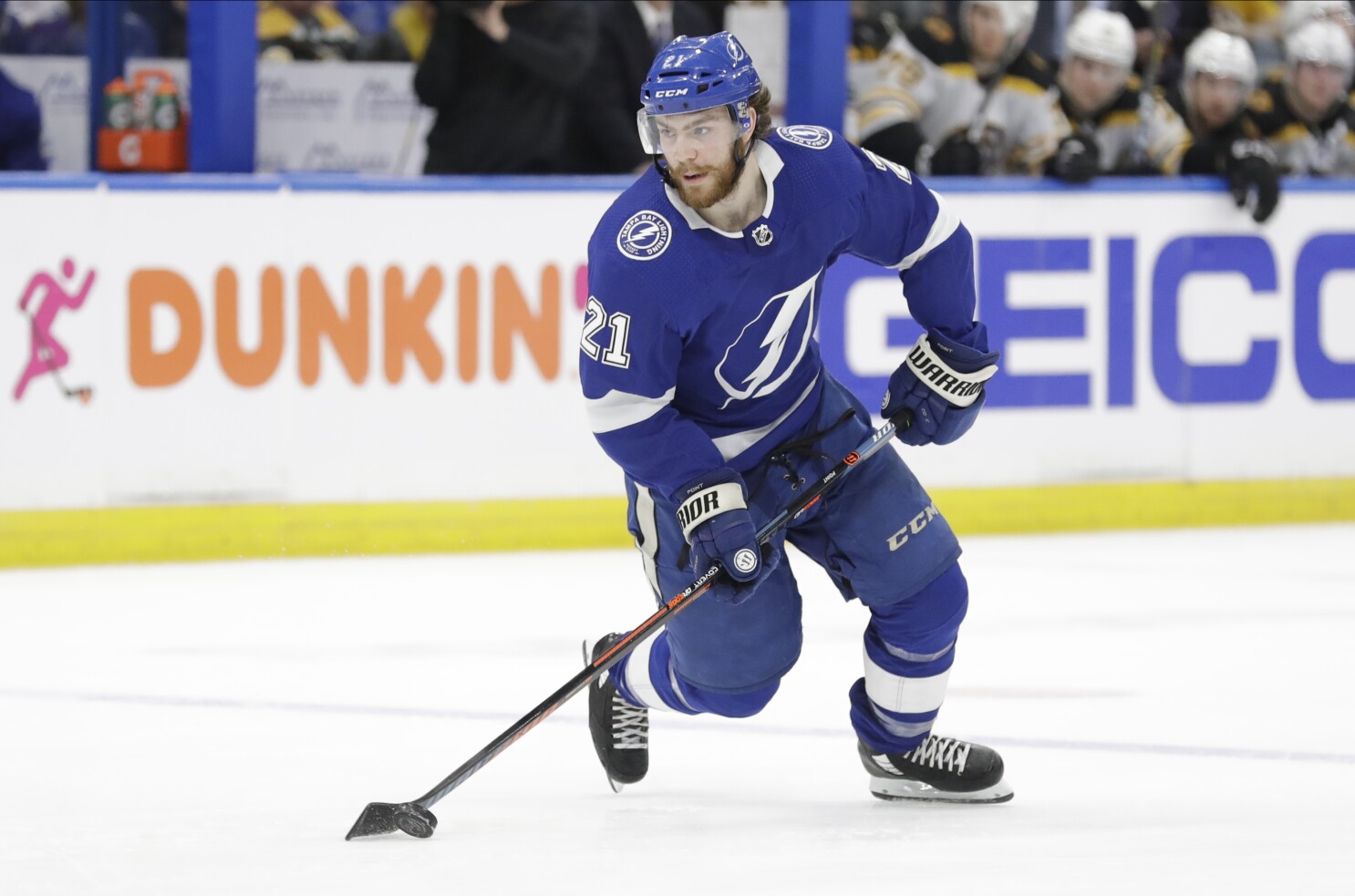 he’s my favorite player on the lightning with his speed, his mitts, and his ability to prove everyone wrong for saying undersized players can’t succeed. He has great athletic abilities, can turn a 2 on 3 for the other team into a breakaway or a 3 on 2 for the bolts. He was so fun to watch during the cup run and is still so fun to watch right now. In 23 games Pointer has 21 points.

I don’t think we win that Stanley Cup if Stamkos doesn’t score that goal. That was such a momentum shifter that Dallas almost gave up after that. Also for people saying he’s washed are you sure?

There’s a big difference between washed and injured something Stamkos has dealt with for most of his career yet still gets called washed even though he’s having another great year. With 22 points in 21 games.

to put it simply and I won’t waste much time going over his Norris’ and Conn Smythe. Simply the best defensemen in hockey. Has the offensive mind of McDavid as a 6’6 defenseman and has a little less defensive skill than McDonagh. But still is the best defenseman in the league. With 24 points in 23 games.

What can’t this man do? He’s having another Vezina type season with a .939 save percentage. HOLY MOLY and a 1.73 GAA HOW? The Hockey gods said let’s make a super goalie and made Vasilevskiy. In 19 games he has 15 wins and those incredible stats I mentioned before. I don’t think I’ve ever seen a better goalie who continuously gets either lucky or just has the purest of the talent. And that’s why he takes the top of the mantle for the most important player for the most loaded roster and the best team in hockey to go back to back, and will become the greatest goalie in franchise history.

VIEW ALL POSTS BY Stokeley Hauf

There are many ways the Tampa Bay Buccaneers could go with their first round pick at 32. With so many picks coming before then, there are countless scenarios that can play out that will impact who the Bucs select.  There are that many more possibilities when talking about what the Bucs could do with their […]

Free agency is almost here and the Tampa Bay Buccaneers are wasting no time as they look to defend their title. Earlier this week we saw them resign Levonte David and brought Chris Godwin back under the franchise tag. Now the last of their big three free agents that needs to be resigned is an […]